How to remove rust | What is the best rust treatment?

What is the best way of removing rust? On this page you can read how rust is formed, how it can be prevented and how you can remove rust quickly and easily from metal, but also from fabrics.

How is rust formed?

Rust is one of the most common forms of corrosion, or in other words metal that is affected by a reaction with its environment. Rust affects metal, because it reacts with a combination of water and oxygen.

This reaction can be prevented by protecting metal with a layer of paint, as you do with cars. However, if the paint is damaged, the metal becomes vulnerable to rust.

Rust stains in clothing are caused by it coming into contact with rusted parts, but also by an old washing machine or a rusty iron.

How to remove rust from metal

Rust on metal is a common problem. Rust caused when a material is affected by water and oxygen. Metal surfaces can often be protected with a coat of paint. This works for cars, bikes, fences and other products that stay free from rust. However, a coat of paint or another protective coating does not always guarantee success. As the protective coating becomes damaged, the metal can still rust. There are various ways to remove rust from metal. You can sand the product, use DIY tips or use our HG product. Our HG rust dissolver is suitable for removing rust from stone, or from other surfaces.

Read more about our HG rust remover on our product page. 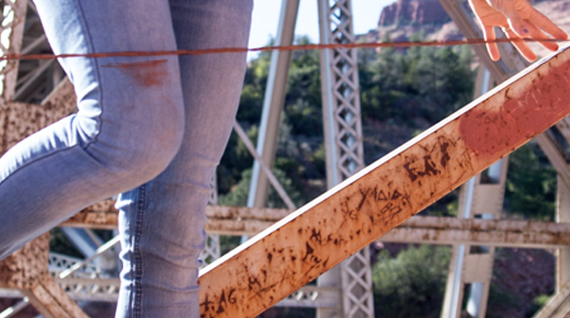 How to remove rust from tools

This happens often. Just when you need that one particular tool, you notice it is covered in rust. Bummer. Rust can damage your tools and reduce their lifespan. It is important to remove the rust as quickly and effectively as possible. Rust is a reaction of water and air on a metal surface. You can remove rust from tools with DIY tips, such as cola. However, the safest and the quickest is by using our HG rust remover. On our product page we tell you everything about our product and about how to clean rusty tools.

If you have found rust, you can remove that with one of the following household tips. Remember that these methods do not provide any guarantee for success. For a guaranteed result, you choose HG's products. 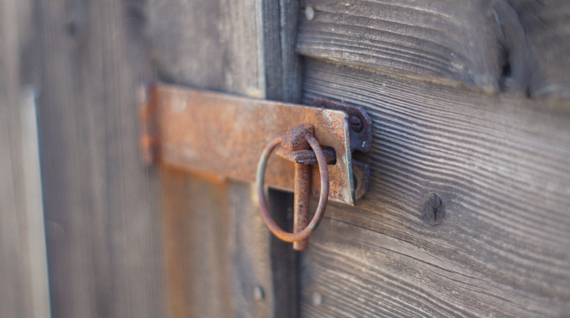 One of the products you can use to remove minor rust is cola. Pour some cola on clothing with rust patches, leave it to absorb and put it in the washing machine. You can also put a rusty key in the cola until the rust has gone.

For rust on walls, you can try to make a small amount of cement mixture that you spread on the patch. Brush the cement away as soon as it has dried.

According to some websites, you can use a light solution of water and oxalic acid for rust on natural-stone floors. Apply with a brush, leave to work and then rinse it off. Our advice is that you should always try this in an inconspicuous place first!

If these tips don’t work, try the effective HG solutions that have been developed especially to remove rust.

HG has the solution for rust treatment

HG has two products for rust or stains caused by rust.

Did you accidentally get rust on your clothes? Use our HG stain away no. 7 that has been developed especially for removing rust stains from clothes.

HG has various solutions for removing rust, including HG rust remover, but you would like to prevent the rust in the first place. We share 2 tips for preventing rust formation as much as possible.

Rust is caused by humidity, so it is important to ensure the lowest possible humidity. It ensures that metal objects will not rust, or at least less quickly. In industry they use large dehumidifiers to protect ferrous materials and products against rust. Dry off metal parts that have become damp immediately.

To prevent rust on your car, it is important to inspect your car regularly. Places that become damp quickly, such as wheel housing and bumpers, are prone to rusting. Check places where two pieces of metal come together, because that causes friction and wear that may damage the paint, producing a greater chance of rust. The underside of your car is another important area to check. The underside suffers most and comes into contact with dirt and damp more than any other part. Remove any rust you find immediately to stop it from spreading. Treat the affected areas with a product that protects against rust, such as metal paint.

How do I remove rust?

There are various products you can use to remove rust. This depends on the surface. For light rust, you can use cola and for rust on clothes you can use lemon and salt or a strong stain remover.

Remove rust on metal, how do I go about that?

You can remove rust from metal with a rust dissolver or a rust converter liquid. A rust dissolver has an anti-rust effect, which means you don't have to sand the metal first and you can apply the paint immediately after the treatment.

How do I remove rust from clothing?

To remove rust from clothing, you need to treat the garment first with cola, lemon and salt or a strong stain remover. Then you wash the garment in the usual way.

How do I remove rust from tools?

You can try to get your tools free of rust with cola. For a quick and effective result you choose HG rust remover.

How is rust formed?

Rust affects metal, because it reacts with a combination of water and oxygen.

Other tips for Tough Job & DIY

How to remove glue

How to remove glue? The best methods for removing glue

How to remove concrete dust

How to remove wallpaper

Removing wallpaper: the best tips on how to remove wallpaper

How to remove cement stains

How to remove cement stains? View our tips