The cause of black mould in a house

Unfortunately, just like other mould types, black mould flourishes in damp conditions. It often occurs in bathrooms, kitchens and even in bedrooms. This may have various causes, including rising damp, penetrating damp, condensation, or a leak. Black mould also ends up on walls due to poor ventilation or a lack of sunlight. When mould has nutrients together with one or more of the above causes, it will spread quickly.

Various DIY products do the round on the internet as ways of getting rid of black mould in a house. HG selected a number of tips. These tips are no guarantee for success. If you want an effective mould cleaner? Use HG mould remover foam spray. 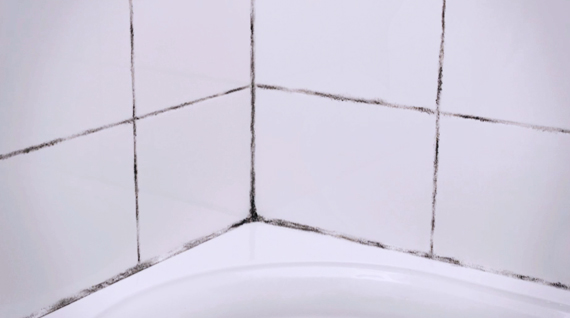 You can scrub away the black stains with a mixture of soda and water. Prepare a solution of 1 litre of water and a spoonful of soda. You can use this to remove the black mould on the wall.

Dissolve 250 ml of bleach in a bucket of water. Apply the solution to the black stains and leave it to absorb properly. Then you can scrub it away carefully.

This method is particularly suitable for glass, tiled and other non-porous surfaces. It does not kill the black mould, but washing the mould away is just as effective. You can remove it from the bathroom in this way.

You can also use ammonia to try and remove the mould. However, this product can only be used on glass or tiled surfaces, because it is an aggressive product. Porous surfaces, such as wood, are less suitable for treatment with ammonia because it affects the surface.

Prepare a solution of water and vinegar and apply it to the black patches. Are the patches badly covered with black mould? You can use the vinegar neat.

There are quicker and more effective methods! With HG mould remover foam spray you destroy mould in damp places, indoors, or outdoors, within 30 minutes. 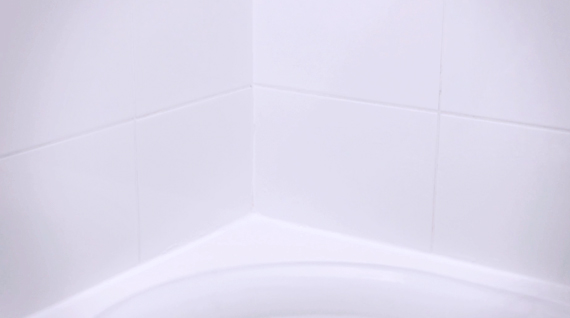 HG mould remover foam spray has a unique foam formula, which means the foam stays longer and it produces a better and longer effect. This product has a less penetrating odour, it can be trained even more precisely on the mould and splashes less too of course.

This is how you use HG mould remover foam spray:

2 tips for preventing black mould in the house

Prevention is often better than the cure. That is certainly true for mould. There are various precautions you can take to prevent mould in the house.

Ventilation is important in a damp environment. Open a door or a window and air the room properly. It is also good to leave ventilation grills in the room open.

For wet rooms, such as a bathroom, ventilation is particularly important. Mould grows faster in wet rooms, increasing the chance of nuisance. To prevent black patches, open the windows after showering so the damp can escape from the room. It can also help to dry the room by drying the walls for example. If you don’t have a window in this room? Then it's best to leave the door of the bathroom open after showering.

Why do I have trouble with black mould?

Black mould is caused by damp conditions. This may have various causes, including rising damp, penetrating damp, condensation or a leak.

How can I get rid of black mould?

There are various DIY products you can use to remove black mould. For example, soda, bleach, detergent, ammonia and cleaning vinegar. You can remove the mould effectively with a special spray, such as HG mould remover foam spray.

Which HG product do I use to remove mould?

HG mould remover foam spray destroys mould in damp places, indoors or outdoors, within 30 minutes. The spray has a unique foam formula, which means the foam stays longer and it produces a better and longer effect.

How can I prevent black mould?

As with other types of moulds, regular ventilation of the rooms in the house is important to prevent black mould. Pay particular attention to wet rooms, such as the bathroom.

How to clean a TV screen

How to clean a TV screen? Try these 3 tips

The spring cleaning - A checklist for the big house clean

How to clean windows

6 tips for how to clean windows