The cause of scale in your shower head

When you run the shower and your shower head no longer lets water through properly or when the water sprays any which way, you shower head may well be blocked with limescale buildup. By cleaning and descaling your shower head you will enjoy a better shower experience. 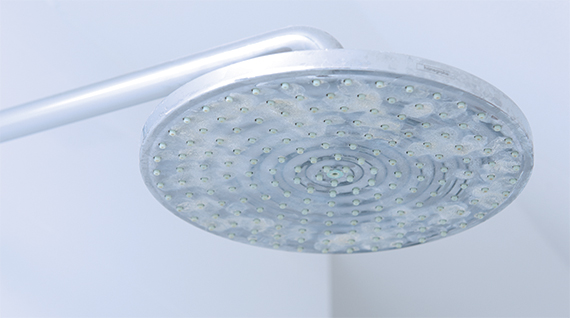 There are various causes for scale in your shower head:

Hardness of the water
You may also live in a region where the water is much harder. Hard water is water that contains plenty of calcium, and produces scale quicker.

HG is the solution for descaling a shower head

This is how you use HG limescale remover foam spray super powerful to descale your shower head:

This is how you use HG limescale remover concentrate to descale your shower head: 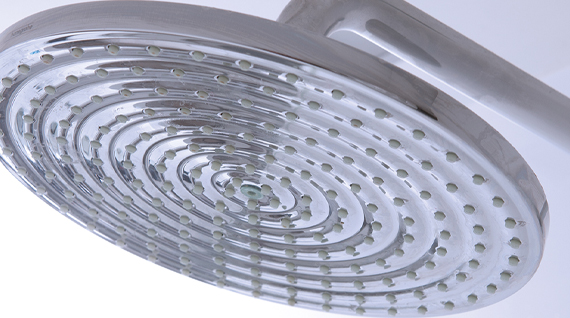 However, you can also try some DIY products. There are various tips on the internet for cleaning and descaling your shower head.

HG randomly selected 2 tips you can use to descale and clean your shower head. HG does not guarantee success with the following tips.

If you have a shower head/rain shower that is fitted to the wall, you can use a plastic bag. Attach a plastic bag filled with vinegar or soda to the shower head. Leave this to soak for 24 hours and then rinse it with water.

Why do I have to descale my shower head?

Scale will block the holes, and that means that water does not run through properly and in turn that impacts your shower experience.

How do I descale my shower head?

Want to know how do you descale a showerhead? Take the following steps:

Which HG product do I use to descale my shower head?

How do I prevent scale in my shower head?

You can slow down the process by drying off the shower head after you finish showering.

Yellow stains in the toilet

Yellow stains in the toilet? Tips for removing urine scale.

How to clean a tap

How to descale a toilet

How to descale a toilet: Tips to remove limescale & more