Anyone can end up with mould on the wall. Mould damages walls, affects furniture, smells, and it is bad for your health. Fortunately, it is easy to remove mould if you use the right products. On this page we explain how mould is formed, how you remove it and how it can be prevented. Remove mould from walls and enjoy a clean and healthy environment. 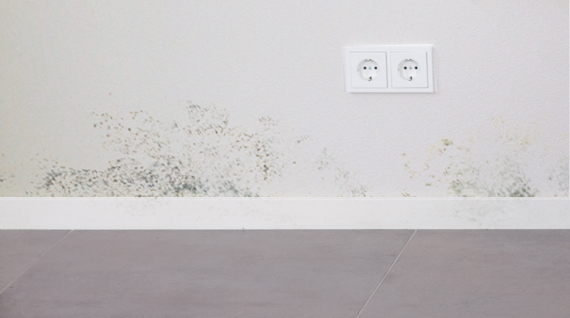 Mould in the house is caused by moisture in the air and damp walls. It looks like black patches. Damp can penetrate walls in various ways. Sometimes it is penetrating damp; rain hits the facade and the wall absorbs the water. The damp comes inside through small gaps and cracks. With these types of leaks, the mould should be dried out properly first. If necessary, you remove the wallpaper. Then you clean the mould off the wall. HG mould spray destroys all moulds immediately and easily. Various tips are shared on the internet. HG randomly selected a number of tips for getting rid of mould from walls and ceilings with products you already have in your home

If you tried any of the above tips and they are either too labour intensive or don't produce the required
result, use HG's powerful mould cleaner.

Remove mould from the walls with HG mould spray 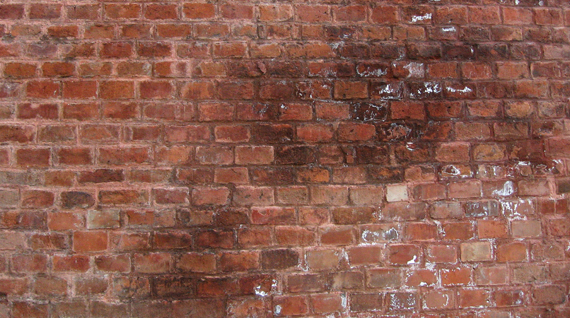 With HG mould spray you can remove mould from the wall directly, inside and outside. You can see a clear result within 30 minutes. HG mould spray is self-acting and suitable for tiles, silicone grout and plaster. With 500 ml you can treat 2 to 3m2 wall surface and 6 to 8m2 tile grout. HG mould spray is also available as a mould remover foam spray. This product has a less penetrating odour, it can be trained even more precisely on the mould and splashes less too of course. HG mould spray can also be used for your swimming pool or sauna.

This is how you remove mould from the wall in 3 steps:

Prevent mould on the wall

How is mould formed on walls?

Mould on walls comes from damp or leaks through the wall.

Is mould on the wall harmful?

Mould on the wall is harmful to the wall, the furniture and your health.

How do you treat mould on a wall?

What to do about mould on the wall?

You can remove the mould with HG mould spray or HG mould remover foam spray. It is also important to ventilate your house properly, to reduce the possibility of mould on the wall.

Other tips for Floors & Walls

How to clean laminate floors

How to remove carpet glue

How to remove floor glue and carpet glue? View our tips

How to clean parquet floors

How to clean carpet

How to clean a carpet: Tips for deep carpet cleaning