Mould can form anywhere in a home. The most common problems are mould in the bathroom, bedroom, or cellar. Moulds develop in a damp area and need nutrients to survive. Plaster on the wall, but also the ceiling, wallpaper, wood, or fabrics are nutrients for mould in the home. On this page, you can read more about which types of mould are formed in the home and what the causes are. We also give 2 tips on how to remove mould.

Which types of mould in the house?

There are various types of moulds. Mould in a house generally involves Stachybotrys (black mould), Alternaria, Aspergillus and, Cladosporium. The colour of mould in a house differs, but usually, it is white or black mould. The spores of mould can be created by damp problems in a house, but they can also enter through a window, door, or air grill. The mould usually stays behind on walls and/or ceilings, which produces white or black mould. Dead mould also still contains substances that are harmful to human health. Removing mould as quickly as possible is important.

3 most common problems with mould in a home

Mould in the home can be formed in various rooms or surfaces. The 3 most common problems with mould in a home: 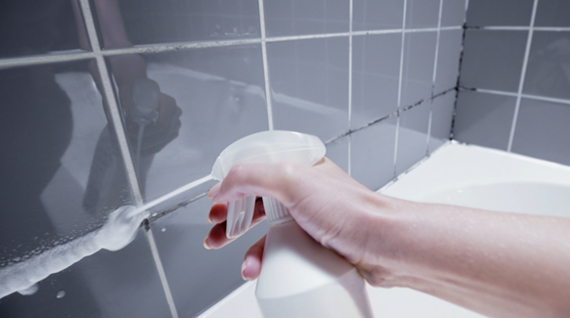 2. Mould in the bedroom

Not just in the bathroom, but mould can also occur in the bedroom. Mould develops in damp and warm rooms. If a bedroom is not ventilated properly, mould quickly forms because the damp cannot leave the room easily. In the bedroom, mould can spread with spores that float in the air. These spores end up on walls and windows, which causes mould. If you have mould on the wall, it is important to strip the wallpaper first.

3. Mould in the cellar

A cellar is also an ideal room for mould. A cellar often does not have a window, which means there is insufficient ventilation. Cardboard boxes, wood and fabrics are ideal nutrients for mould in a cellar. Mould in a cellar is bad for your health and that makes the room unusable.

Mould in the house is bad for your health. It does not make a difference whether it concerns mould in the bathroom, bedroom, cellar or any other room. Removing mould is important, but dealing with the causes of mould is just as important.

The cause of mould in the bathroom, bedroom or another place in the house is a surplus of humidity. Mould can only develop in damp conditions. Mould comes from damp issues. So apart from removing the mould, you also need to deal with the damp issue. These are the 3 most common damp issues:

When warm air cools down, condensation is formed. The warm air condensates on walls, the ceiling, or the windows. If the warm air is not discharged properly, the condensation has the chance to develop further into mould on the ceiling or the wall. Condensation can arise due to showering, bathing, drying clothing, or hot steam during cooking.

In older houses there is often rising damp. This is due to a damp seal that does not work properly, which means humidity from the soil rises into the walls via the foundation. It means that walls can become extremely damp in some places. The humidity from the soil contains bacteria and salts, which means you can end up with mould, and  efflorescence on the walls. Efflorescence is a white deposit that is particularly visible on brick walls.

2 tips on how to treat mould

Various tips are shared on the internet on how to clean mould. HG randomly selected a number of tips for getting rid of mould in rooms, such as bathrooms and cellars. This is how you can remove mould:

You may still smell the vinegar the next day. The smell of vinegar can be quite persistent.

You can also treat mould with soda. This works as follows:

To prevent mould in the future, it is important to ventilate a room properly. Leave the room to dry out properly after using the bathroom. Always open a window, this ensures that the room can be ventilated properly

You can have mould removed with one of the HG products. We say ‘have removed’, because the products are self-acting. You can see the results in just 30 minutes and removing mould produces a less penetrating odour than when you use vinegar or soda. The HG products that treat mould act easily and fast. Go for HG mould spray or HG mould remover foam spray. The foam spray can be trained even better on the mould patches. 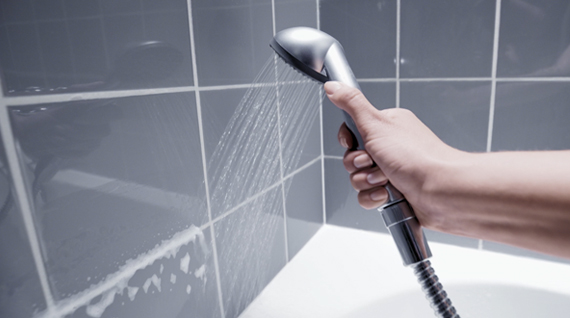 This is how you use HG mould spray or HG mould remover foam spray:

How to get rid of mould?

You can remove the mould with vinegar or soda. Alternatively, you can choose HG mould spray or HG mould remover foam spray.

How do you remove mould from a wall?

Spray your wall with vinegar or soda. Leave to work for an hour and then clean the surface with a sponge or a brush. Do you want to have mould removed quickly? Go for HG mould spray or HG mould remover foam spray.

How do you remove mould from the bathroom?

You can remove mould from the bathroom with soda, vinegar or one of the HG products. Go for HG mould spray or HG mould remover foam spray.

How to clean a monitor screen

How to clean a monitor screen? Our tips on how to clean macbook screens

how to clean a wooden table

How to clean windows

How to clean windows: 6 tips for window washing